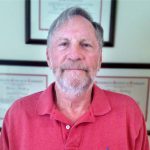 Nuclear Engineer Dr. Abraham Weitzberg has seen the ups and downs of the nuclear industry from its beginning – and from the inside out. Accepted to the undergraduate program at MIT’s Department of Chemical Engineering in 1953, Abe switched to the nascent field of Nuclear Engineering when he encountered “smelly experiences” at a refinery and chemical plant. After receiving his Ph.D. in 1962, he worked at Atomics International (AI) in Canoga Park, CA, working on the physics and safety of space reactors (at the time, space was another promising new field).

From 1965-1977 Abe worked for General Electric, first on liquid metal fast reactors then boiling water reactors (BWRs). For several years he led GE’s Nuclear Methods Group developing nuclear analytical methods – the precursors of today’s data-intensive computer modeling. Since 1977 he has been a consultant for utilities, the Department of Energy and its national laboratories (Oak Ridge, Sandia, others), the Electric Power Research Institute, the Nuclear Regulatory Commission, and NASA.