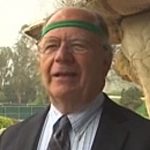 Gene graduated from Harvey Mudd College with a Bachelor of Science in Biophysics, then went on to earn a Ph.D. in Radiation Biophysics from SUNY Buffalo.

Gene has been active in matters of science and public policy, providing testimony on Diablo Canyon Power Plant’s safety, reliability, and emission-free power before the Diablo Canyon Independent Safety Committee, California Coastal Commission, Nuclear Regulatory Commission, the State Water Resources Control Board, and The California Public Utilities Commission. His role at Californians for Green Nuclear Power has included the preparation of over 1,000 pages of written testimony, workpapers, oral evidentiary hearing exhibits, and hearing transcripts. On matters involving worker visas, Gene has appeared before the U.S. House of Representatives and to the National Academy of Sciences. He has submitted written testimony regarding the transport of hazardous materials for the investigation into the crash of ValuJet Flight 592.